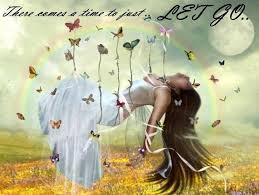 I have been thinking a lot about the word Disappointment… Its root meaning is “not at the allotted time.” As an astrologer I am immersed in time so it is a fascinating point to consider. With Saturn squaring Neptune at pivotal points over the next year we may each have occasions to experience dreams not manifesting until their allotted time.

“Saturn-Neptune periods tend to be among the most psychologically and spiritually demanding of times as well as the most likely to call forth genuine nobility of spirit and profundity of vision…. In perhaps its most admirable form, the Saturn-Neptune complex appears to be associated with the courage to face a hard and often tragic reality without illusion and still remain true to the ideals and dreams of a better world.”

The square from Saturn in Sagittarius to Neptune in Pisces will be in effect throughout 2015-2016, and strongest three times (at the exact squares):

So how do you hold disappointment? Is it a crushing blow that defeats you and means you give up your ideal/ dream? Or can you hold faith with elegance and trust the process so that you embody and live your dream when it is ready to emerge? So much with Saturn is about maturing, time and hard work! So much about Neptune is letting go of outcomes and ideals. Sometimes life has something else,something better in store for us. So get out of your own way during Saturn/Neptune phases and be prepared to see what happens.

Anne Whitaker's astrology archive...do drop by and have a browse...

reclaiming and restoring the sacred feminine

The latest news on WordPress.com and the WordPress community.